LEARNTEC – Where Learning Is Fun 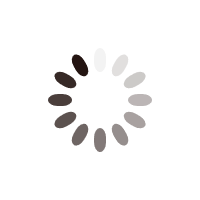 With more than 11,600 visitors LEARNTEC proved that it is more relevant and more international than ever. The latest trends in digital learning were presented by 341 exhibitors from 15 countries (2018: 302 exhibitors from 14 countries) at Europe's #1 in digital learning. Among others, the focal points included Augmented and Virtual Reality learning worlds, the topic of modern workplace learning, and various ways in which Artificial Intelligence, Big Data and Learning Analytics can be utilized to individualize learning. “We had already experienced significant growth last year. And now this year’s event has bested our previous record”, sums up Britta Wirtz, Managing Director of Karlsruher Messe- und Kongress GmbH. “Karlsruhe once again distinguished itself as a hotspot for digital education, thus clearly positioning itself in the international area. LEARNTEC’s exhibitors were self-confident and optimistic on this innovative platform.”

LEARNTEC’s excellent results affirm its leading position, as does its extensive coverage in TV, radio, print and online media. LEARNTEC’s strong position is also confirmed by mmb Learning Delphi, an expert survey which continues to assign a first-place ranking to this trade fair for coming years. Beginners and e-learning experts alike took advantage of the numerous insights which the fair provided into future technologies and state-of-the-art methods, thus adding to their existing expertise and acquiring valuable information from exhibitors. Never before have more visitors given top marks to LEARNTEC.

Area for Augmented and Virtual Reality attracted visitors like a magnet

Offered for the first time, the Area for Augmented and Virtual Reality was very warmly received right from the start. It earned topmost ratings from 94 percent of the visitors. Designed in collaboration with the First German Association for Virtual Reality (EDFVR), the AR/VR Area demonstrated that learning and fun can indeed be combined. “With the AR/VR Area, LEARNTEC offers visitors the unique opportunity to experience how Virtual and Augmented Reality can be specifically utilized as new learning media”, says Torsten Fell, member of the EDFVR advisory board. The 3spin company, which was one of the exhibitors, expressed strong enthusiasm: “This is our first time here and we are very satisfied. We are presenting software that can be used to create Augmented and Virtual Reality trainings. Now is precisely the right moment for us to come to LEARNTEC. This topic is a magnet for visitors and it is more topical than ever”, summarizes the company’s co-owner Thomas Hoger.

LEARNTEC presents the school of the future

For the sixth time, the school@LEARNTEC subject area convinced headmasters, scholastic media consultants, heads of education offices, employees on the state and district levels, as well as interested teachers. On the fair’s second day, Prof. Dr. R. Alexander Lorz, Hessian Minister of Education and Cultural Affairs and President of the Conference of Ministers of Education and Cultural Affairs (KMK), participated in a panel discussion entitled “Teaching as a Staging of Complexity”. Lorz emphasized the importance of digitization for a successful scholastic education: “The ability to handle digital media with confidence and assuredness is increasingly becoming an important prerequisite for the educational success of pupils in school and also afterwards in their professional careers. The ‘Digital Pact’ between Germany’s federal government and the German states adds extra impetus to the schools’ efforts, but should not be regarded as the sole remedy.”

The Media Competence Day on the fair’s third day provided insights into current developments in the digitization of scholastic education. In the context of the opening, Dr. Frank Mentrup, Lord Mayor of the City of Karlsruhe, presented the City of Karlsruhe’s IT school project. “This project’s primary focus is to supply schools with the necessary infrastructure, i.e. to ensure broadband connections into and out of the schools and appropriate WLAN equipment inside the schools. The second step is to provide schools with hardware and software based on media development planning”, Dr. Frank Mentrup said. “This project is already attracting attention throughout Germany, and I am very pleased to be able to introduce it at LEARNTEC, which is Europe’s largest event for digital education and thus the optimal venue for this presentation.”

A very warm reception likewise greeted the high-carat convention, which was conceived this year for the first time in collaboration with the world-renowned Workplace Learning expert Jane Hart. “The significant increase in the number of participants shows us that we have indeed selected precisely those topics that move the visitors. Alongside the mixture of very practical questions ranging from content development to the application of blockchains for learning scenarios, we also cover the complete spectrum of themes in digital education”, agree Sünne Eichler, Jane Hart and Prof. Dr. Peter A. Henning, all of whom are members of the LEARNTEC convention committee. “We are delighted that the expanded English-language programme on Modern Workplace Learning was also very well received.” One of the convention’s highlights was the keynote address by Dr. Frithjof Netzer, Senior Vice President BASF SE, who spoke on “Education for Digitization”.

The eLearningCHECK and the delina Innovation Award honoured outstanding achievements by providers and developers of e-learning solutions. In close cooperation with Bitkom, the delina was awarded at LEARNTEC in all four categories. For the first time, it was also conferred at LEARNTEC in the category of “Early Childhood Education and School”. The first prize was awarded to KIDS interactive GmbH for its SWE-App Tour, an interactive scavenger hunt. Among the laudatory speakers presenting the awards was Dirk Röhrborn, who is a member of the presidium of Bitkom e.V., which is LEARNTEC’s longstanding conceptual sponsor.

At the Start-up Area, which was again enlarged compared to last year’s size, 28 young and innovative companies presented themselves at a joint stand sponsored by the Federal Ministry of Economics and Energy. The various start-up companies competed against one other on their own designated stage. The start-up re:edu, which emerged as one of the winners of the pitch, expressed enthusiasm about its participation at LEARNTEC: “It is a tremendous opportunity for us to take our first steps in the market here at LEARNTEC. We were able to make many new contacts with people in the university sector and to learn a great deal from others”, says re:edu’s co-founder Jan Wirwahn.

LEARNTEC 2019 also convinced longstanding exhibitors, for example, goodhabitz: “Our stand was well frequented right from the start. The quantity and quality of visitors have increased once again compared to last year”, notes goodhabitz’s CCO Erik Crezee. “We have already booked our stand for next year’s LEARNTEC. Christian Wachter, CEO of imc AG, says: “LEARNTEC 2019 is a complete success for imc AG, and we are pleased that we have been a part of LEARNTEC for many years. We have made many new contacts with both national and international interested parties. We are already looking forward to the next LEARNTEC.” Mr. Wachter is by no means alone: 90% of the available exhibition spaces at LEARNTEC 2020 have already been allocated.

The next LEARNTEC will return to Karlsruhe Trade Fair Centre from 28 to 30 January 2020.

News delivered right to your mailbox! 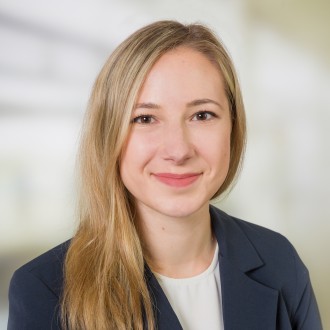 Journalist service
Tanja Stopper
Press Officer
T: +49 (0) 721 3720 2301
F: +49 (0) 721 3720 99 2301
tanja.stopper@messe-karlsruhe.de
This website uses cookies to ensure our visitors get the best user experience. By continuing to use this website you are giving consent to cookies being used.
Additional information and the option to revoke your acceptance can be found on our Legal notice page
I agree | close notification